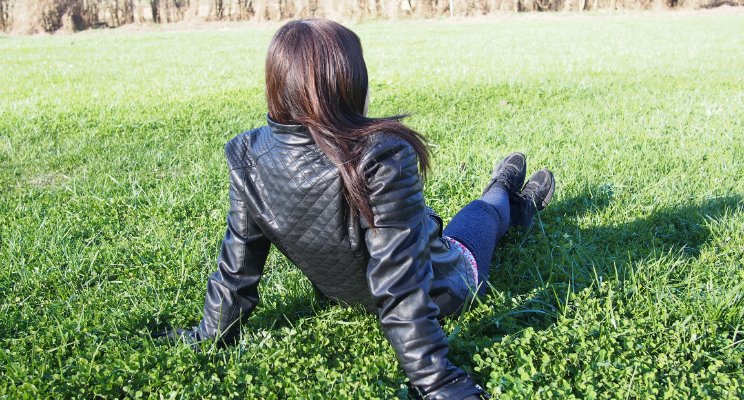 Law firms making progress in retaining and promoting their female talent have recognized a number of trends that reflect social science research, rapid changes in the legal marketplace, and an emerging critical mass of women (particularly within the millennial generation) who are asserting their own agency. This recognition has the potential to set those law firms apart, making them more competitive and more attractive to clients.

In one example, as reported recently by Catherine Martin in Missouri Lawyers Weekly, about one-third of newly promoted partners at Missouri law firms are women, a “significantly higher” percentage compared to other states and the national average.

Credit for Missouri’s slow-but-steady progress goes to (1) law firms that are “more attuned to their talent”; (2) a greater focus on retention; (3) a willingness to revise “archaic” methods of allocating origination credit by recognizing efforts such as effective client management, leadership initiatives, and the development of high-value skills; and (4) the adoption of other thoughtful and creative approaches that emphasize what each person—woman or man—can “bring to the table” (thereby promoting a more equitable means of assessing who should be promoted).

Borrowing from articles written by two women attorneys and a third woman who teaches networking skills to professionals, I discuss below what the latest research suggests concerning an opportune moment in modern times: when women attorneys and law firms can partner in ways that will seize upon competitive advantages, leaving behind other firms that fail to innovate and that ignore the winds of change.

Technological Shifts and the Rise of Empathy in Client Expectations

In “A Woman’s Edge in the Modern Legal World” (Law Practice Today, February 2017), Billie Tarascio, owner and attorney at Modern Law in Arizona, reports (citing research from Harvard Professor Amy Cuddy) that technological change is enabling women to convert their statistically higher levels of emotional intelligence (EQ) and emotional empathy into securing clients. As more and more information and self-help is available to clients online, what clients are increasingly demanding from their lawyers is relief and reassurance; they “want a trusted advisor to take their problem.”

Professor Cuddy, who specializes in nonverbal behavior and its influence on how people judge others and themselves, found in her research that warmth and trust are actually now more important than competence. Prospective clients are looking for answers to two questions, in this order: (1) can I trust this person; and (2) can I respect this person?

Mindful of the above findings and technological shifts, women in Ms. Tarascio’s law firm sought out coaching on fostering trust as well as empathetic listening, and “saw a huge increase in client conversion and client satisfaction.” Their success had much to do with their ability to connect with their clients—male and female—on a more intimate level and from a place of trust. In addition, their success had much to do with understanding people’s personal stories.

Storytelling as a Means of Capitalizing on Empathetic Listening
(or, Simply Listening)

The power of listening can be made to work both ways, as Lynne Waymon, a business and professional networking coach, reports in “How Women Attorneys Use Stories to Earn Trust and Attract Clients” (Law Practice Today, February 2017). One’s ability to listen and understand another person’s story can be harnessed on “the flip side,” by learning to tell one’s own story from a place of empathy and resonance.

In networking situations, women (like men) inevitably receive some form of the “what do you do” question, though perhaps less directly than in days past (the notion being that asking what one does for a living, in a direct fashion, tends to be seen as “reductionist,” in the sense of “reducing” someone to what he or she does, rather than who the person is).

In whatever form the question (or implicit question) eventually comes, anyone—woman or man—can answer it with a conversational story about (1) successes at work or in life; (2) situations that brought out one’s best; and (3) times when one had a problem to solve or faced a challenge. Such stories can teach someone about one’s character and competence.

As Ms. Waymon explains, a good story follows a “tried-and-true formula”: (1) the segue, a transition sentence signaling “you have something to say” and that “gets you into the story”; (2) the situation, which briefly “sets the scene” with the players (who), the place (where), and the time (when); (3) the turn-around or highlight, showing how you served, saved, or solved in a way that was memorable and dramatic; and (4) the significance, showing the “positive impact” of the solution.

If anyone doubts the power of storytelling, look no further than Plato, whom Ms. Waymon quotes prominently at the end of her piece: “People who tell the stories rule the world.” Similarly, Professor Cuddy’s research suggests that women are in an enviable position to be storytellers (in part through their capacity for empathetic listening and enhanced emotional intelligence)—and thus have a competitive advantage in connecting with prospective clients and “converting” them.

Of course, for women attorneys to be in a position to tell their stories, or to listen to prospective clients’ stories, women must be included in networking opportunities, client visits, and other business development efforts. In short, there need to be inclusion strategies, which (as discussed below) are a key component in the retention equation for keeping women in law firms.

Bringing It Home: How to Engage and Retain Women Attorneys

If law firms want to “attract, engage and retain” the best, then as Anne Brafford reports in “New Strategies for Engaging and Retaining Women Lawyers” (Law Practice Today, February 2017), they have to attack attrition and recognize that the shortage of women in the equity ranks and at higher levels of law firm management “cannot be explained by a pipeline deficit.”

Cookie cutter approaches won’t do, according to Ms. Brafford, a consultant focusing on thriving in the legal profession. Thus, the presence of work-life balance policies, women’s initiatives, and diversity training—without more in the way of (1) organizational research (particularly in the area of a particular organization’s social context); (2) recognition of gender differences in “motivational patterns”; and (3) inclusion strategies—will not significantly advance the ball. Indeed, despite such policies, initiatives, and training, the National Association of Women Lawyers reports that 94% of the nation’s largest law firms admit retaining women lawyers remains “a problem.” (Notably, Ms. Brafford does not discount the value of such policies, initiatives, and training; rather, her point is that more is typically needed, including items (1) through (3) above.)

So what is the solution? According to Ms. Brafford and many others whose research and reporting she cites, the time has come for transformational leadership promoting high-quality relationships with direct leaders. Such leaders “view their relationship with followers as more than a business exchange of labor for money.” Instead, these types of leaders “are inspiring role models” who “articulate a vision that fosters meaningfulness and optimism”; they “encourage followers to think for themselves” while seeking to “understand and address each individual’s needs, abilities, and aspirations.”

Ms. Brafford notes that multiple studies indicate women are more likely to find work unsatisfying (and to leave their law firms) if they perceive it as lacking meaning and not being intrinsically rewarding. For this reason, if a law firm’s culture touts profitability (and extrinsic rewards such as financial success and image) as the sole or overriding organizational purpose, that firm is likely to have problems retaining women until it broadens its values and reward systems to include a greater focus on fostering meaningfulness and satisfying intrinsic aspirations. As Ms. Brafford explains, “It is not that women don’t care about money”; rather, they care about money as well as intrinsic goals like self-acceptance, fulfillment, a meaningful life, and close relationships with others.

There is much in what Professor Cuddy and these authors are reporting and saying that is truly eye-opening. There is a lot to understand and digest; the solutions are multi-faceted and certainly not easy to implement.

In short, though the big picture is complex, what Professor Cuddy, Ms. Tarascio, Ms. Waymon, and Ms. Brafford report makes a lot of sense. (At least, this author thinks so.) There is no one-size-fits-all remedy, because each organization has its own social context: its own problems and issues, which can yield different kinds of solutions.

But one thing looks to be sure: change is here and the rate of change increases. Moreover, the demographics are clear: just as women already make up a clear majority of undergraduates and, within the last year or so, became the majority in law schools, women are eventually going to be in the majority within law firms. The women and men who are able to devise healthy, productive working environments that recognize what each person brings to the table are likely to be in the more successful firms. What kind of firm will yours be?

On the Showtime series Billions, which just finished its second…